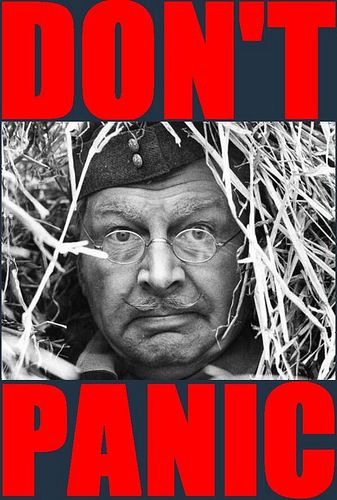 We’ve allowed ourselves to get too carried away with O’Byrne Cup success in recent years and there’s clearly no correlation between results in January and those down the line.

About 600 hardy souls paid into a sunny but freezing Pearse Park and those who had travelled from Kildare were looking for a vastly-improved performance after Wednesday’s opener against Louth.

It’s just not happening for the team this week though and although they were marginally better here it was still a frustratingly patchy effort and the home side were deserved winners. Could have won by more if the truth be told.

Cian O’Neill and skipper Eoin Doyle expressed their disappointment at the level of work rate and intensity afterwards but also sought to put the O’Byrne Cup in context. “We’re not in it to win it”, was O’Neill’s summation of the relevance of the competition this year.

If that’s the case then it was certainly “mission accomplished” as Kildare exited the competition with barely a whimper.

The game plan was clearly to get matches into lads legs and with no fewer than 25 getting a run out today that objective was also achieved.

O’Neill maintains that while he expected better performances and believes the players will be critical of themselves he has to look at the performances across the challenge matches pre-Christmas against Westmeath and Cavan as well as in training in in-house matches as he looks to pare back the squad to more manageable levels for the League opener against Dublin in three weeks time.

That looks a more daunting task than ever on the evidence of the last two games and O’Neill will have his work cut out to fashion a competitive performance in such a short space of time. Let’s hope the Dubs are having a wildly over-indulgent holiday in South Africa.

Four more players were handed competitive debuts with Ailín McDermott lining up alongside clubmate Doyle on the half back line, Ruadhán O’Giolláin in at wing forward and Jimmy Hyland and Eoin Lawless at corner forward. Mikey Kelly took advantage of Mick O’Grady’s illness to come into the full back line for a second outing.

Sadly, one of the disappointing aspects of the two games has been the inability of any of the newcomers to really stake a claim for inclusion. It looks like O’Neill will largely be dealing with the same deck this year.

Kelly had his hands full with Longford’s skilful corner-forward Robbie Smyth and the Towers man won’t be happy with his part in Smyth’s crucial second-half goal. He has shown some good qualities however over the two games and may have done enough to stay in the squad.

O’Giolláin was lively and Lawless managed a point but neither McDermott or Hyland will remember it with any great fondness. For the Ballyteague man in particular it was a particularly tough introduction to senior football. He struggled to find pace and, much as against Louth, the players further out the field struggled to find their inside men with any quality ball.

Hyland had already received a slap in the face without getting a deserved free and his day went from bad to worse on 32 minutes when he pulled up with a hamstring strain when going for possession to mark the end of his debut.

A worrying feature of the game was the patchiness of Kildare’s scoring. Indeed all of their scores in three purple patches.

After Longford had started much the livelier, Kildare reeled off six points between the 10th and 18th minutes to go three ahead but then went then minutes without scoring before another three points arrived in seven minutes before half-time to go in 0-9 to 0-8 ahead.

Much as against Louth it all went downhill after the break. Longford scored 1-3 without reply before Kildare shot all of their four second-half points in a 5 minute spell midway through the half to close the gap to one with 19 minutes to play.

Whether the unlimited substitutions disrupted their rhythm too drastically or Longford were just too good it’s difficult to judge but it was the Midlanders who finished by far the strongest and their impressive substitute Rian Brady destroyed the Lilywhite full back line in the closing stages with three excellent points, one of which could have easily been a goal if he was so inclined.

Overall then, Kildare’s scoreless spells added up to over 50 minutes when you take injury time into account and that must be a major concern.

Likewise, Kildare again failed to fashion much in front of goal with only one chance of note to raise a green flag. That was in the 56th minute when Daniel Flynn did well to pick out the inrushing David Hyland but his shot was tame and well-smothered.

Longford for their part were impressive enough. Smyth and Sean McCormack had the Kildare full back line on their toes in the first-half and in the second the runs from deep of the likes of Mickey Quinn created the space inside for those two and substitute Brady to peel free from their markers on too many occasions. Those three contributed all bar one of Longford’s 1-14 between them.

After McCormack had opened the scoring with an excellent long-range point, Dessie Reynolds doubled Longford’s lead before Daniel Flynn got Kildare off the mark in the 10th minute with his left foot.

Kevin Feely had been off-colour somewhat against Louth and missed an early free here too but he found his groove with three frees in a row to provide some daylight for the away team. One of those arose when the Athy man was fouled at a hop-ball after we saw the first free given for the kickout not traveling 21 metres.

Longford were resilient all afternoon and more consistent with their scoring and they hit four of the next five points to move level at 0-7 apiece, Cribbin providing the only reply. Kildare were giving away too many frees with McCormack and Smyth gratefully accepting the gifts.

When Cribbin was fouled, Feely lobbed over his fourth free in injury time before Kildare fell foul to a needless black card for the second game in a row. Paddy Brophy had only replaced Daniel Flynn 10 minutes earlier but there was only one likely outcome when he dragged a Longford man to the ground near the sideline.

Whatever about “taking one for the team” in a crucial game with an opponent bearing down on goal, this was just silly and is becoming too much of a habit for Kildare players.

Thanks to the absurd unlimited sub rule, Flynn was back on the field after a 10 minute break and his first act was to fire over the lead point before the half-time whistle.

Kildare looked well set-up to push for home at that stage, even if the eleven point winning margin target that would have earned them a semi-final spot seemed overly ambitious.

They’d already made four substitutions in the first half though (Doyle joined Hyland in limping out when he tweaked his groin) and maybe two further changes at half-time disrupted their rhythm, such as it was, too much.

Longford burst from the blocks and straight away Daniel Mimnagh evaded the full-back line and drew a smart save low down from Mark Donnellan. The Kildare keeper would have a busy second-half.

Petulance from Feely saw a free brought forward and McCormack was never going to miss and then substitute Brady notched his first point to push Longford one clear.

The game’s telling moment arrived on 42 minutes. Mikey Kelly was caught out by a high ball and Kildare were soon conceding a goal very similar to the one Louth poached on Wednesday night. You can’t leave the likes of Smyth free inside the cover and although Donnellan made another fine stop the Abbeylara man made no mistake with the follow-up to make it 1-10 to 0-9.

Another foul handed McCormack another free and it was an uphill battle now.

To be fair Kildare found another gear with substitute Fionn Dowling in at full forward scoring twice and Luke Flynn also coming off the bench to fire over a fine left-footed point. Tommy Moolick, who worked hard all day without much going right for him, was on target as well from long-range.

Longford had lost Smyth to injury at that stage and you thought the impetus was now with Kildare with only a one point deficit. But sadly, with 24 minutes left including injury time, they failed to register another score.

The home side played cleverly and confidently in those final stages and Brady came to the fore, making light of the Kildare defence to fire over the three points that made the victory safe.

Mickey Kelly – 5 – tough assignment for the rookie who stuck well to Robbie Smyth in the first half but struggled to maintain that and was badly caught out with the high ball that led to the Longford goal.

Peter Kelly – 5 – another less than commanding performance from the former All Star. Full back line generally in trouble and he was the senior member.

Mark Hyland – 5 – didn’t do a lot wrong but didn’t get on the ball much either.

Ailín McDermott – 5 – a couple of good possessions in the first-half but struggled to really get into it.

Eoin Doyle – 6 – hopefully only a precaution when he went off after 26 minutes. Had looked solid prior to that.

Cian O’Donoghue – 6 – decent performance with a couple of good runs upfield. Passing let him down at times though.

Kevin Feely – 6 – Better show with the boot but not particularly dominant around the middle. Only came back into the squad in late December after the International Rules series so will take him a while.

Tommy Moolick – 6 – his physique probably isn’t geared to mid-winter football on heavy pitches. Struggled to pick his passes when in possession. One good point.

Ruadhán O’Giolláin– 6 – lively enough in possession in first half without really penetrating. Would have liked to have seen him last longer than half-time.

Daniel Flynn – 6 – flitted in an out but scored two points. Strange that he was substituted so early in the first half but reprieved thanks to Brophy’s black card.

Paul Cribbin – 6 – lively in the first half and scored two good points. Faded in second.

Jimmy Hyland – 5 – much like Brian Loughlin on Wednesday he found the step up hard and was starved of possession. Injury a concern.

Eamon Callaghan – 4 – sad to say but was completely anonymous. Great servant but struggling to achieve the necessary standard nowadays.

Eoin Lawless – 6 – scored a good point but like Hyland he found possession hard to come by.

Pascal Connell– 6 – hard to know what to make of Connell. Bustles a lot but lacking pace and needs more end product.

Keith Cribbin – 5 – very poor in both games this week.

Fionn Dowling – 6 – two good points but a couple of wides as well.

Chris Healy – 5 – rarely on the ball. Would like to see him closer to goal.