As championship games go, that was about as stress-free as it gets for a Kildare supporter. Shane Ross would probably call them “Dominant Kildare” and indeed they were. From first minute until last. While there was always a little fear of a post-interval collapse as we’d seen against Wicklow, Longford and Dublin, Fergal Conway’s third goal of the season, rammed home after a move he had started himself on the wing, put all such worries to bed. It won’t count for a whole lot at the end of the summer but it must help the confidence levels as we look to step it up for the visit of Tyrone and Saint Mickey. 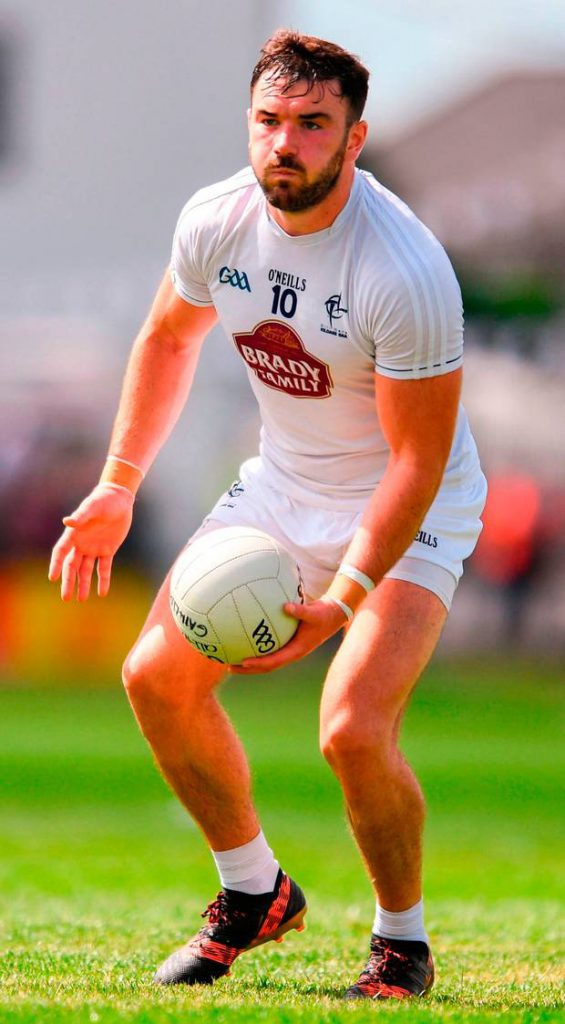 Mark Donnellan (6) – Nothing to see here really. Kick outs sound, good under high ball. Might have been beaten with a lob but it went over. Sound really. Keeping Aaron O’Neill at bay.

Mark Dempsey (6) – I tried my best to work out who was marking number 14 and if it was him I’ll downgrade the mark to a 5 as the lad scored six from play.

Mick O’Grady (7) – Similar to the Dempsey comment. No one controlling 14 (and 11) in the second-half in particular, much like the Mannion and Costello show against Dublin.  The first-half had been better though and Mick turned over a good amount of ball. We really need to tighten up against Tyrone. The Newbridge confines might help. Mick got forward for a rare point (his second in the championship).

Cian O’ Donoghue (6) – Solid and carried ball well at times. Unspectacular return to the side.

Eoin Doyle (7) – Usual question marks about who he was marking. Fitzpatrick at 11 was a danger for them. But Doyle did a lot of good break-up work as well.

David Hyland (7) – Good solid performance all round. Not earth-shattering but did his bit.

Kevin Feely (8) – Thought he was outstanding and getting back to his best. Got around the pitch well, won marks, took scores, kept moves moving. Distributed well. All round top class.

* Fergal Conway (9) – As someone said to me – a BEAASSSHHHTTTT.  Powerful performance, adding goalscoring to his locker now (3 this season, no one else has more than 1). We needed someone to step up with Daniel gone and he’s done it. Took two good points as well and was the driving force again for our powerful start.

Chris Healy (6) – Honestly didn’t see the black card incident so can’t really comment. Got a 7 from the Independent which is some going for a quarter of an hour on the pitch!

Keith Cribbin (5) – Ran a lot. Nosebleed when presented with a goal chance. Fluffed it. Withdrawn at half-time.

Ben McCormack (6) – Very strange game really. Got on plenty of ball, particularly in the first-half but it never really ran for him and he didn’t manage to get on the scoresheet. Only managed two shots indeed. Workrate excellent.

Neil Flynn (7.5) – Great to have the real Neil back. Five points from play and eight in all from eleven attempts is good shooting and he was involved in a lot of good movement.

Jimmy Hyland (7) – Best performance at senior and hopefully confidence will grow thanks to his three points. Might have gone for goal with one of them.

Eoghan O’Flaherty (6) – Decent enough at keeping ball moving. Thought he could have taken a shot or two on.

Jason Gibbons – (6)  – Another who kept things moving when he came on and took his point well when he got into position to do so.