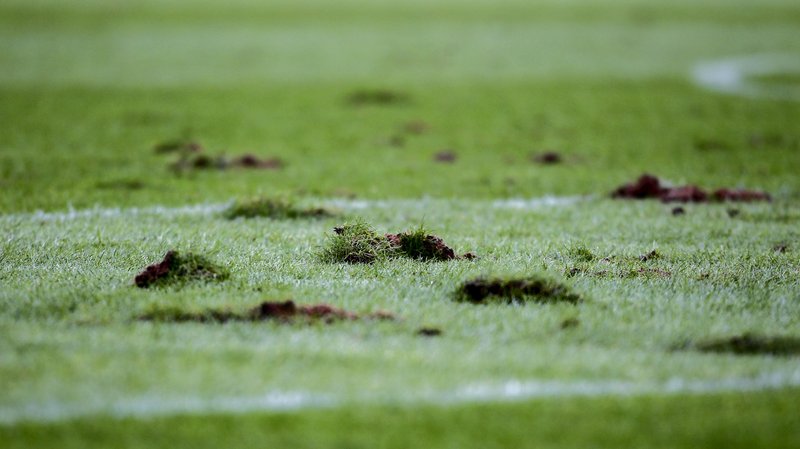 A dogged Kildare performance in Cork to come away with two important points.  The Irish Independent decided not to give ratings this week, perhaps they thought it was unfair given the sorry state of the “pitch”.

Mark Donnellan 7 – a few kickouts went awry in the first-half but he more than earned his corn with two top class saves to deny Taylor and Deane in the second-half.

Mark Dempsey 5 – thrown in at the deep-end marking Jamie Clarke and now Brian Hurley in his first two starts. He struggled here with the class of Hurley who scored five points from play. Could have been moved by O’Neill perhaps?

Mick O’Grady 8 – no ring-rustiness from the Celbridge man who helped to shore up the full-back line and was a contender for MoM for me.

David Hyland  6 – Cork’s system and O’Grady’s return allowed him to play a little further out the pitch which suits him more. Thought he gave Mark Collins a little too much room in the first-half in particular but tighter in second.

James Murray 6  – Did well without being altogether convincing. Cian O’Donoghue’s powerful cameo might see him get the nod next week.

*Eoin Doyle 9 – Thought he was our best player from start to finish. Gobbled up a lot of kick outs and loose ball and remarkably was even to be found in the no.6 position to stop Cork attacks on occasion. Given a very free role by CO’N which continues to divide opinion but he was everywhere and very dominant yesterday.

Keith Cribbin 7 – another good performance despite a couple of misses and the late black card.

Kevin Feely 8  – one of his best performances for a long time. Point after Conway’s dismissal was crucial and tucked away the penalty well. Tough battle with Ian Maguire but Feely won more than his fair share of possession and used it well. Seemed more mobile than he has been and no stints at full forward!

Fergal Conway 6 – decent performance but failed to capture the form of last week despite working hard as usual. Discipline let him down.

Conor Hartley 6 – working hard but it’s not really running for him at the moment. Place will be under threat next week I’d imagine.

Fionn Dowling 5 – After a good substitute performance last week he was given his chance with his first start in a competitive game since the Division 2 final two years ago. Despite an early point he never got going, though. Another who will be under threat next week.

Adam Tyrrell 7 – gets a seven for his work-rate and got on the ball a lot more than last week. Not sure wing forward at county level is his position though but he’d struggle to get into the inside line given the competition there. Could do with getting into more scoring positions.

David Slattery 8 – has some engine and ability to carry the ball and keep play moving. Brilliant at that here and particularly when down a man that was crucial.

Ben McCormack 7  – 7 seems a harsh rating but he must have missed 6 good scoring chances between shots dropped short and wides. Has come back into the panel with a renewed determination it seems to make the grade and is making himself a willing target man even if the end product remains inconsistent. Just needs to steady up before shooting and avoid snap shots under pressure or when off balance.

Jimmy Hyland 7 – didn’t create the same headlines as last week but this was a performance that will dispel some doubts about his ability to transfer to the senior game. Won the penalty and scored from a mark but almost as impressive was his tracking back, at one point he won a ball in the air he had no right to win back in the corner back position.

Aaron Masterson 8  – if this man isn’t in the starting fifteen come the summer…  Absolutely brilliant in covering the ground and doing the right thing with the ball when he got it. Workaholic who can take a lot of the load off Feely in the middle. Should play from the start next week.

Cian O’Donoghue 7 – looked like a man determined to take the “Johnny Byrne” spot in the half-back line. Forward drives were crucial to relieve the pressure in the second-half.

Neil Flynn – 8 – On a day when the bench was crucial this was similar to his tour-de-force up in Owenbeg in the summer. Three magnificent points, the first a thing of beauty from under the stand and at a crucial time. Becoming a real leader in this team.

Eoghan O’Flaherty – 6 – Not pulling up any trees so far on his return but will contribute during the year no doubt. Thought going for the point late on when three ahead was the wrong call when we could have held onto possession. Got away with it.

Not on long enough: Jason Gibbons, although he made some telling interceptions even in his nine minutes on the field. Promising.