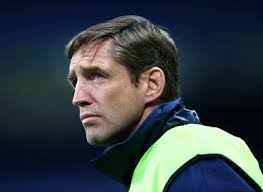 We’ve added a new Manager Records section to the site which compares the performance of the senior football team during the reigns of its four most recent managers (2003 to 2015). The results certainly would back up this author’s view of the relative success level of each of the four managers. We have compiled the results using League and Championship results over that period. While we include the O’Byrne Cup on the Results section of the site, due to the experimental nature of line-ups in that competition we do not regard it as a barometer of performance. It’s League and (in particular) Championship that counts despite Kildare’s vying with Tyrone for the title of Kings of January in recent times.

Starting with the Championship, it is clear to see where Cian O’Neill needs to improve on Jason Ryan’s record over two years : the concession of goals has been a thorn in the side of the Kildare team with 12 conceded in two defeats to Dublin and Kerry alone in 2015. On average Ryan’s teams conceded 1.67 goals per game compared to the relatively frugal Kieran McGeeney teams who only conceded 0.72 per game. Ryan’s teams were, however, more free-scoring than McGeeney’s, both in terms of goals and points, which may surprise some people. McGeeney is way out in front in terms of Win % – no surprise there – while Ryan’s Championship record was better than Padraig Nolan’s despite the latter reaching a Leinster Final in 2003. John Crofton’s championship campaigns were miserable by comparison with the other three with his teams playing only 5 games and winning just one of those.

Kildare have not been particularly successful in the National League over the last 10 years and despite a miserable 2003 campaign which ended with relegation from Division 1B (not to mention an embarrassing points deduction after beating Sligo), Padraig Nolan emerges with the best win % of the four managers. John Crofton managed to keep the side in Division 1 in his two seasons in charge and reached a league semi-final but in those days 16 teams played in Division One across A and B groups. His win rate was still under 50%, as was Kieran McGeeney’s. The Armagh man started his reign with relegation from Division One and took four years to get them back into the top flight. Ryan of course oversaw two successive relegations and won only 4 games from 14 during his term at the helm.

The combined League and Championship records are set out below and it implies the following ranking based on both Win Rate and Points Differential:

While such analysis is not scientific and clearly ignores the level of player available to each manager, it does seem to accurately reflect the general view of how successful each man was in the role.