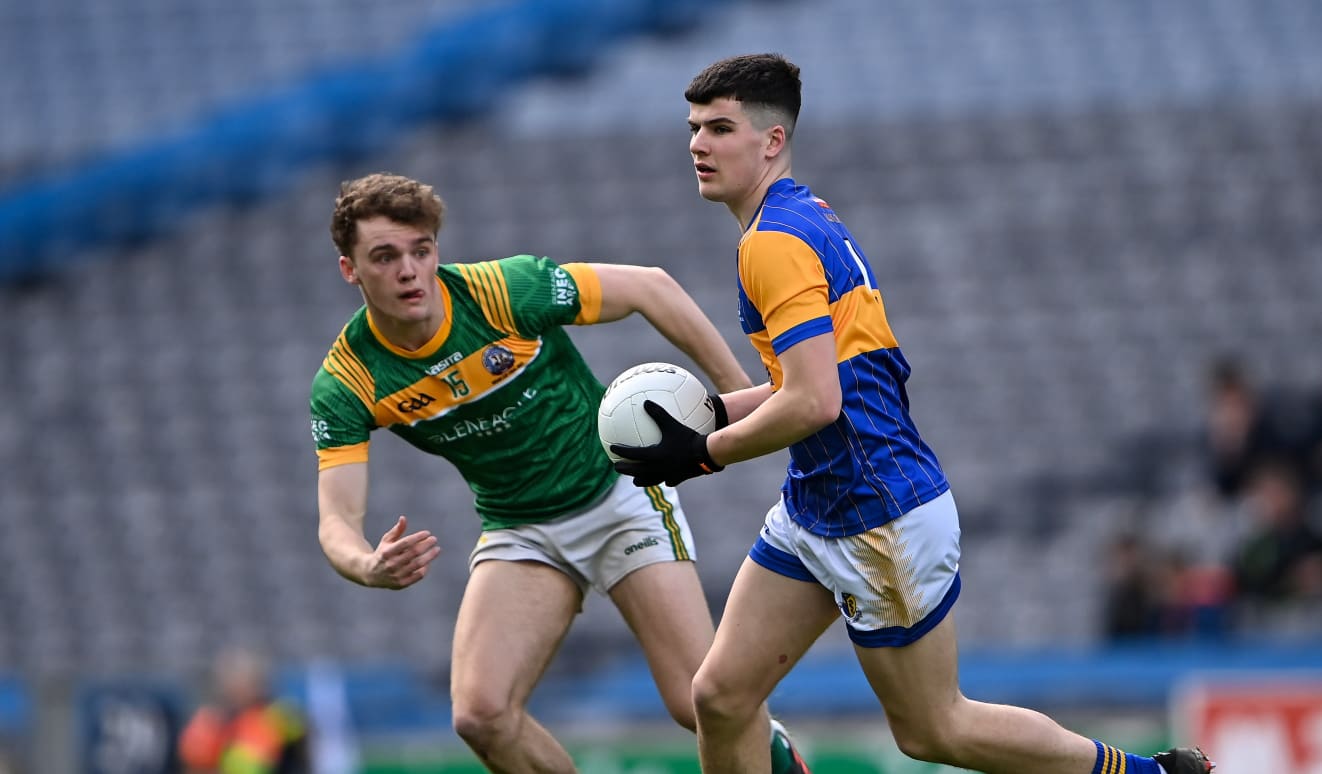 In a win that augurs well for the future of Kildare football, two goals from man-of-the-match Kevin Cummins and one from Fionn Cooke proved crucial as Naas saw a six-point half-time lead whittled down to a single point with three minutes remaining with the Kerry school valiantly trying to pull off a dramatic comeback win.

But in a riveting end-to-end encounter, one of the best matches played in Croke Park in recent years, Naas held their nerve, kicking some excellent scores into the Hill 16 end to keep ‘The Sem’ at bay before Cummins audaciously chipped the St Brendan’s goalkeeper Aaron O’Sullivan for the clinching third goal two minutes from the end of normal time.

Sean Broderick’s point stretched the lead to five points before an injury time finish to the net from Sem substitute Mark O’Shea gave the Kerry side hope again. It wasn’t to be with Naas, the beaten finalists the last time this final was played in 2019, adding the Hogan Cup to three Leinster titles in the last four competitions.

Naas were the more dominant side in the early stages but failed to make it pay on the scoreboard, the more efficient St Brendan’s edging ahead three points to two with Cian Foley’s eighth minute point.

The Kildare side were boosted three minutes later though with impressive corner forward Cummins latching onto a long fist pass from Cian Boran and placing a superb shot across O’Sullivan and into the top right-hand corner of the net at the Canal End.

The Sem came out fighting after the break and within two minutes of the restart a long ball from Killian O’Sullivan was only diverted into the path of William Shine by a Naas CBS defender and their best forward on the day found the same corner as Cummins had earlier.

The Killarney boys would rue shooting three successive wides after that and as an end-to-end feast of attacking football developed, Naas CBS were the more clinical.

Three points in a row, however, from Cian McMahon (2) and Luke Crowley between the 52nd and 54th minutes had Naas nerves jangling with the gap down to a point (2-12 to 1-14).

Cummins settled the nerves though with a brilliant dummy and point and despite an equally impressive score from the classy Shine at the other end, a booming kick-out from David McPartlin found its way to Niall Dolan who put Cummins through for his vital late goal.

While Cummins was the scoring star of the day, this was a true team effort from a superbly-drilled Naas CBS team under manager Padraig Cribben and his selectors, and a richly-deserved success for a panel with representation from six different clubs: Naas, Raheens, Sallins, Eadestown, Ballymore Eustace and Blessington.