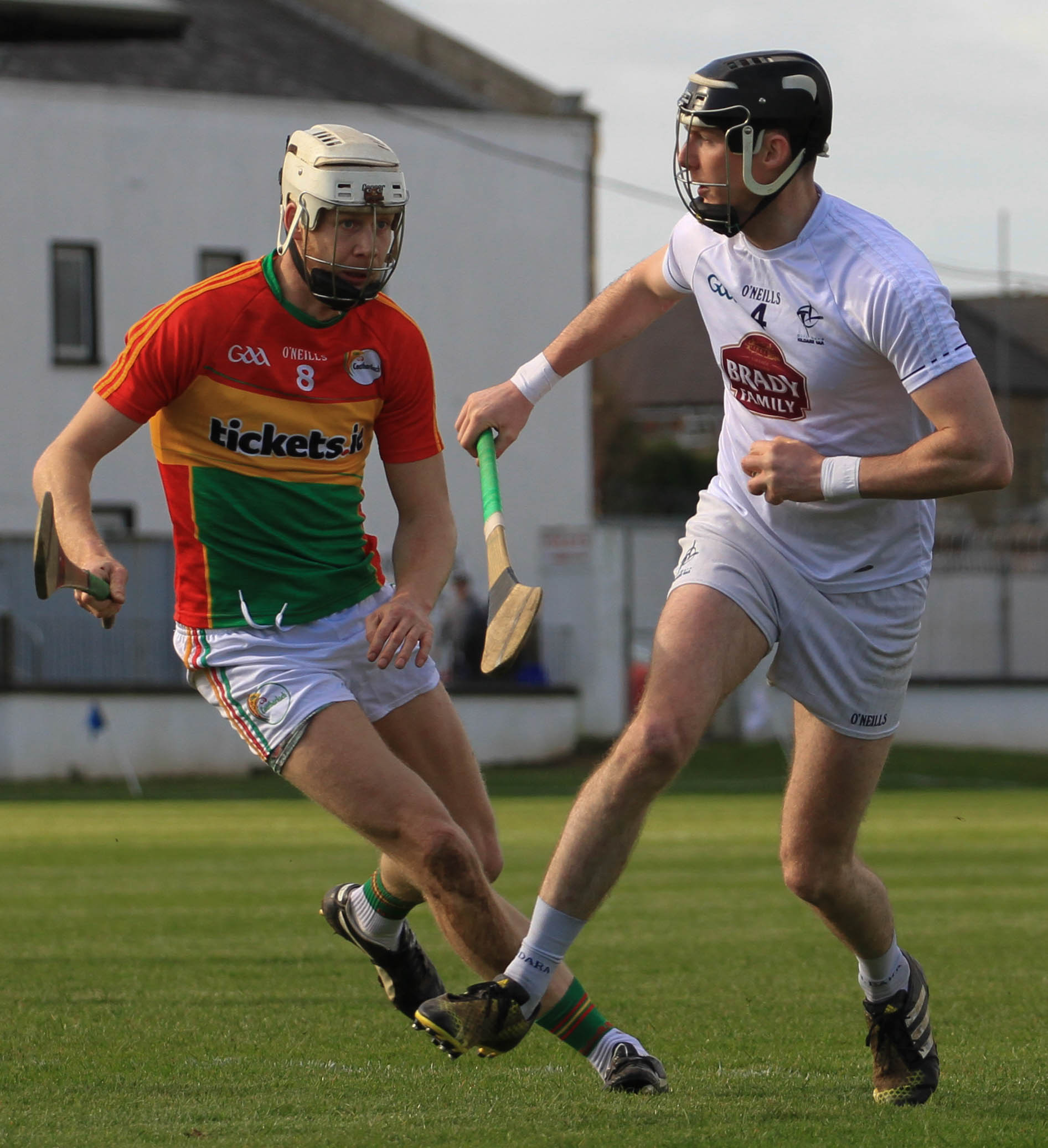 A game Kildare should have won but one they did their best to lose ended with the points controversially shared after a bizarre decision from All Ireland Final referee Fergal Horgan in St Conleth’s Park on Sunday.

It may prove to be a crucial point, coming on top of the vital win in Down the previous week, with Kildare now a point ahead of bottom team Meath in Division 2A with one game remaining. If they match the Royals’ result in the final round in two weeks’ time David Herity’s charges will secure their spot in 2A for next season.

Kildare have a wretched record against their neighbours to the south, having failed to win the previous eleven encounters dating back sixteen years, with only one draw from those games, but the over-riding mood in the camp afterwards was one of disappointment at their own performance.

In a low-quality game, Kildare’s first-half display was arguably their worst half of hurling under Herity’s management. Despite dominating possession, the Lilywhites suffered an horrendous case of the “yips”, shooting thirteen first-half wides with talisman and regular saviour Jack Sheridan experiencing a nightmare in front of the posts.

A strong finish to the half saw Carlow surge five points clear at the break and you would have been brave to back against them running out comfortable winners.

One thing Kildare have these days is spirit. Carlow were six ahead as the game entered the last sixteen minutes but goals from Brian Byrne and Gerry Keegan helped put the Lilies in sight of a morale-boosting win, particularly with Carlow wing-back Jack Kavanagh having been red-carded for a late hit on Jack Sheridan in the build up to the first goal.

The Lilies were a point clear heading into injury time and as we reached the end of three signalled additional minutes, Carlow sharpshooter Kevin McDonald chose an opportune moment to drag a free wide from the 45-metre line straight in front of the posts.

Then, Horgan stepped into the limelight. Shane Ryan’s shot went out for a ’65 and when that was hit short into substitute James Burke, who was caught in a defender’s bear hug, the Tipperary whistler spread his arms as if to signal a penalty. Burke understandably stood waiting for the penalty but Horgan then indicated a free out for over-carrying. Bizarre.

With the game now in its fifth minute of injury time, Carlow launched one last attack. Kildare conceded a sideline under the stand on the 20-metre line and, to his great credit, their centre-forward Chris Nolan sliced a magnificent effort between the posts to level matters.

The final whistle signalled a swarm of Kildare players and mentors around Horgan, who indicated to Herity that he had waved for play to continue. Everyone in the ground saw his outstretched arms as the traditional signal for a penalty. Strange.

Kildare had been strangely out of sorts from the throw-in. Attacking corner back Paul Dolan gave them the lead with the first score but Carlow scored the next three, two frees from McDonald and a fine long-range effort from Nolan from play.

Sheridan already had three wides, though two were difficult sidelines, before he opened his account from a 25-metre free but McDonald’s third free made it 0-4 to 0-2 to the visitors after ten minutes.

A dominant spell saw Kildare level with points from young midfielder Cathal McCabe and Cathal Dowling but they also hit four more wides during that spell. Carlow took heart from those let offs and two more frees from McDonald and one from play from burly full-forward John Michael Nolan had them three ahead by the 23rd minute.

The second of those McDonald frees was conceded by Ross Kelly, who earned a yellow card for his troubles and was promptly whipped ashore by Herity. Kildare scored three of the next four points to bring the gap down to a single point just after the half-hour mark, Keegan and Dolan points sandwiching a Sheridan score from play after a fine block on Carlow corner back Michael Doyle.

Byrne had a go at a couple of frees in the run up to half-time but they tailed off either side of the posts and it was Carlow who finished the half the strongest with Chris Nolan taking advantage of loose marking for two scores, McDonald pointing his sixth free and Conor Kehoe bringing the half to a close with the visitors 0-12 to 0-7 ahead.

The second half was a slow burner, the quality still disappointing and Carlow looking likely winners. McDonald pushed them six ahead, his accuracy shining a light on Kildare’s struggles in front of the posts as Sheridan and Keegan missed further chances. Keegan did find the range with one from 45 metres and the crowd rose somewhat as Dowling fired over his second to narrow the gap to four after 41 minutes.

Points from Kehoe, Sean Murphy, and McDonald, with Sheridan’s 50-metre free the only reply, saw Carlow looking comfortable again, with a six-point lead on 53 minutes.

Kildare, though, had other ideas and when Sheridan and Johnny Byrne combined to give Brian Byrne a sighting of the posts, the Naas man had nothing else on his mind but a goal. His low rasping shot squeezed through Carlow goalkeeper Dean Grennan to give the Lilies hope.

Jack Kavanagh’s red card gave Kildare further impetus, as did Keegan’s point after a lung-busting run from Ryan, narrowing the gap to two. With ten minutes remaining, though, McDonald found the range again with a free from midfield to make it 0-17 to 1-11.

Paddy McKenna became the fourth free taker to try his luck for the home side, dissecting the posts with a superb effort from his own half. With seven minutes left and two points between them, Sheridan bizarrely took a close range free short to Dowling, whose shot was deflected for a ’65.

That seemed like a poor choice from Sheridan but fortune favours the brave sometimes. McKenna’s ’65 was short but when Grennan batted it out, Keegan reacted quickest. His low effort wasn’t struck with full power but again Grennan failed to pull off the save and it trickled into the net.

Kildare now led by 2-12 to 0-17 with six minutes remaining but Kildare conceded a free straight away and McDonald punished them once more to level matters.

After Ted Joyce struck an effort wide for Carlow, Sean Christianseen took a short puck out from McKenna and his long delivery reached Ryan who put Kildare back in front. From the next play Dolan fired over a great score from the middle.

As it turned out the two-point lead was not enough, however, with two of the Nolan’s, Jon and Chris, rescuing the point for Tom Mullally’s men amid the late drama and controversy.