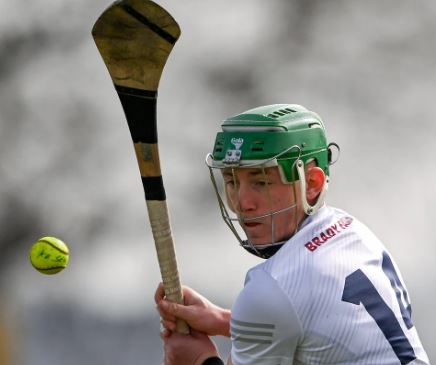 Kildare overcame a disastrous start to put up a huge score against London in the second game of their Christy Ring Cup campaign at St Conleth’s Park on Saturday afternoon. It was a game that emphasised the imperative of Kildare escaping the Christy Ring Cup tier once more this summer if they are to progress as a hurling county.

It won’t be a game to live long in the memory, although referee Nathan Wall’s umpires will be looking for overtime rates with Kildare raising a record number of white flags. Despite that, it was a far from impressive performance from the Lilywhites, which is perhaps a sign of raised standards since David Herity came in as manager.

London were delayed en route but they had the boost of a bizarre own goal from Kildare corner back Niall Ó Muineacháin in the opening minute, the Celbridge veteran completely over-hitting a pass from the right wing back to goalkeeper Paddy McKenna who watched helplessly as the ball went over his head.

As if that wasn’t bad enough for the home side, they were far too lax in allowing Jack Goulding through the heart of the defence to fire a second goal after five minutes.

However, Kildare recovered, despite a few nervy moments and by the time London centre back Paddy McNaughton was sent off midway through the half for a frontal charge on Cathal McCabe, the home side had moved 0-10 to 2-2 ahead.

That challenge and red card, which perhaps looked and sounded worse than it was given the difference in physique between the two players, did the game no favours, as is often the case when the underdogs go down a man. London’s luck didn’t much better when losing their free-0taker Ronan Crowley to injury before half-time.

Despite never hitting their best form, Kildare had the game effectively wrapped up by half-time, leading by 0-18 to 2-5. They had been quite profligate, though, those eighteen scores coming from no less than 29 attempts at the posts.

The second half developed into a training spin for the home side. The inside duo of Shane Ryan and Cathal Dowling, both quiet in the first half, began to find some space and two goals from Jack Sheridan and one from sub Mark Delaney had London trailing in their wake.

Sheridan, who has seen the free-taking duties move to clubmate James Burke since the League, had scored three fine points in the opening half but developed a scent for green flags in the second. His first arrived just three minutes after the resumption, juggling the ball on his stick while sprinting in from the left-wing and then finishing to the net with a ground shot.

His path to goal took a similar route on 49 minutes, this time finishing with a blistering shot into the bottom right hand corner to stretch Kildare’s lead to 2-22 to 2-9 at that stage.

Kildare added six more unanswered points before Coill Dubh’s Delaney took advantage of a fine run and pass from Ryan to bury the third goal on 59 minutes. All the while the points were mounting up, Kildare eventually finishing with fourteen different scorers with Naas duo Sheridan and Burke accounting for 2-4 and 0-9 respectively.

By the end according to my abacus they had reached 58 attempts at the posts with a 66% success rate while allowing London 30 shots of their own. Neither statistic would likely satisfy Herity.

London finished the game strongly, scoring 1-2 in injury time, their goal another scrappy enough affair for Kildare with Donal Hannon’s ’65 launched into the goalmouth and substitute Fiachra O’Keeffe able to walk it into the net.

Herity’s side, who have now won their opening two games by a combined 51-point margin face a big step up in opposition next Saturday with Derry coming to Newbridge hoping to maintain their upward trajectory after winning Division 2B of the League.