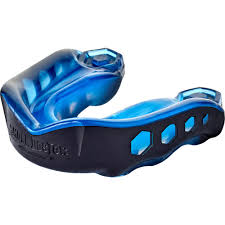 But for the second week in a row a refereeing decision must take centre stage.

Before we get to it let’s be clear though. Fourteen-man Kildare could and possibly should have won this relegation dogfight. If they only focus on the referee they’re learning nothing.

We keep talking about taking lessons from Division One but maybe O’Neill’s charges need to spend some time at finishing school before facing Mayo in the last chance saloon next week.

Eoin Doyle’s bizarre, and poorly officiated, sending-off, will attract most of the headlines but the chances spurned by his colleagues during a period of relative dominance in the opening period were equally galling.

O’Neill – finally – had tweaked his system by re-enforcing the defence with an extra body, Keith Cribbin, to allow Doyle to sweep without having to worry about the gaps in front of him. It was working too. Kildare were resilient at the back as Donegal struggled to make headway against the wind in the opening period.

Kildare meanwhile used some accurate kick-passing and strong-running from the back to create early momentum.

They were boosted after seven scoreless minutes when Tommy Moolick ventured forward – not for the last time – to send Daniel Flynn through for a well-taken goal, Kildare’s first since the same player had netted late on against Dublin.

Odhran MacNiallais got Donegal off the mark but Kevin Feely opened his account with a free after Niall Kelly was fouled off the ball.

Kelly then turned over possession out the field and Kildare worked a glorious opening with Ben McCormack and Flynn bearing down unchallenged on Shaun Patton’s goal. The Sarsfields man could have burst the rigging himself but instead unselfishly passed to Flynn who palmed home what he thought was his second goal.

From our vantage point behind the goal our first thought was “square ball” though and unfortunately the umpires concurred. That moment was, we’d suggest, as pivotal as Doyle’s sending-off.

But let’s deal with the refereeing intervention. Donegal’s Hugh McFadden had fired over their second point when Doyle was told by David Gough to get a replacement gumshield having, according to the Kildare manager, lost his original one in a tackle.

With Doyle heading to the sideline, Gough waved for play to continue. Kildare had achieved plenty of success from kick-outs with defenders breaking late to the wings and Mark Donnellan assumed Doyle was making a similar move. As the ball sailed towards him Doyle’s natural reaction was to retrieve the ball from the skies and take a ‘mark’.

Gough took offence to the Naas man’s actions and yellow-carded the furious centre-back. Whether he would have done so if he’d realised Doyle had already been booked for an over-zealous tackle earlier, we’ll never know. As it was, his team of officials eventually brought his attention to the issue and a red card was flourished to the fury of the skipper.

Bizarre, over-zealous, call it what you will. No doubt Gough could point to the letter of the law and find justification for his actions. Others will point to Doyle’s “stupidity” for playing on without a mouth-guard. Or for not resisting the urge to collect Donnellan’s tempting invite.  Harsh in the extreme, whatever way you look at it. Game-changing for sure.

Kildare actually recovered well. Johnny Byrne sallied forward for a point before a slow-starting Michael Murphy got himself on the scoresheet with a free.

The away side finished their first-half scoring on 23 minutes and that in itself is probably the most telling statistic of the game. Moolick seemed to have over-played the ball but was given a soft free. Gough remorseful perhaps? Feely obliged to make it 1-3 to 0-3.

But Kidare turned to self-destruct mode. First Kelly dropped a weak shot into Patton’s arms and then Moolick repeated the trick. A recurring theme with this side.

Worse was to come. Paul Cribbin skewed a chance wide and then the most infruriating of all as Flynn worked a great opening but again managed to kick wide of the left-hand post when it looked easier to pop it over the bar.

Paddy McBrearty, the country’s most dangerous attacker this season so far, had been kept well under wraps by David Hyland, but twice in the final five minutes of the half he wriggled through along the end line and fisted crucial points to pull his mis-firing side within a point by half-time.

This promised to be the mother of uphill battles for Kildare with the strong wind in their faces and a key man short. It would be their “Laois ‘97” moment if they came through this.

Donegal at times looked as if they’d ease into the distance as they found their scoring range with the wind at their backs. Murphy in particular, became ever more influential having struggled to exert his authority over Mick O’Grady before the break.

In the first eight minutes of the half Donegal slotted over five points with only one in reply from the visitors.

Kildare’s point in that spell came from substitute Kevin Flynn, the Celbridge man replacing Cian O’Donoghue at the break and going on to have an inventive and impressive first competitive outing. Flynn made a superb break through the middle to angle a left-footed shot over the bar after being fed by Niall Kelly.

We might have been over-sensitive to these things but when Leo McLoone raced through the Kildare defence to win a free-kick which McBrearty converted, we couldn’t help but notice the gumshield hanging loosely from his lip like a young mother minding her new-born’s soother. Gough, standing no more than 10 metres away, had forgotten about player health & safety all of a sudden. No action taken.

Donegal adopted strange tactics during this period of the game. If Jim McGuinness pays any attention these days to his former “project” he’d have been tearing his curls out at the looseness of their defensive work.

Even with a numerical disadvantage, Kildare were able to punch holes through the centre of the Tir Conaill defence in uncommon fashion. And it kept them in the game as they raised two critical green flags.

On 44 minutes Daniel Flynn played a marvellous through-ball to Moolick who fed Kelly for the Athy man to slot a beauty home from the right hand side. Kildare were back level just as the game seemed to be heading away from them.

Their dander was up three minutes later as Fergal Conway, growing into the game, finished off a great move in which Kevin Flynn and a revitalised Peter Kelly were instrumental. Kildare 2-5 Donegal 0-10.

Buoyed by weight of numbers though, Donegal took a grip on it again with four points without reply. Mark McHugh grabbed the first. Then Murphy rose above O’Grady for another. The excellent Ryan McHugh made his first intervention on the scoresheet and McBrearty again edged along the endline to fist his third from play.

Not so. And the Lilies courage in coming back once was encouraging. Again Donegal’s defence parted too easily as Byrne, Moolick and Peter Kelly fashioned the chance for substitute David Slattery to palm to the net for a third goal. No square ball this time.

But it was too much to expect them to go on to complete the miracle. The excellent McFadden put Donegal a point ahead again and then disaster befell the Leinster side.

Ryan McHugh launched a skyscraper towards Donnellan’s goal and unfortunately the Maynooth man replayed some of his 2017 league aberrations as the ball sailed over his head and into the net.

With only six minutes remaining it was now an uphill task for the away team. Again, they didn’t cave though. Somewhere along the road to Ballyshannon, O’Neill had found the 2010 version of Peter Kelly thumbing a lift, and the Two Mile House man galloped into enemy territory once more to fist across goal once more. This time though Keith Cribbin didn’t get a strong enough connection and Donegal cleared off the line.

Daniel Flynn raised a white flag with a good shot from the left as Kildare pegged it back to a three point game and Feely pointed a somewhat academic close-range free when only a goal would do. Donegal had just about done enough to unconvincingly secure their first two points of the season.

For Kildare there were plenty of positives, particularly a return to form of Moolick, Peter Kelly and Johnny Byrne while Kevin Flynn will feature more in O’Neill’s thoughts if he can build on this first appearance.

But there’s no avoiding a table that sees us bottom with zero points from four outings. A win against Mayo in Newbridge last week will raise hopes of a dramatic rescue act but the odds seem stacked against Kildare earning a second year in the top flight.

David Gough will take his fair share of the blame but let’s not kid ourselves when we look back on those pivotal second-quarter misses.

At some point the lessons need to stop.

Mark Donnellan – 5 – First-half kickouts were accurate and clever but struggled with a few in the second-half as Donegal pushed up with the wind. All at sea for the goal unfortunately.

Peter Kelly – 8 – Possibly his best performance since 2010. Aggressive and forward-thinking.

David Hyland – 7 – Kept McBrearty to his quietest performance of the year. Particularly strong in the first 30 minutes when the Donegal dangerman didn’t get a sniff.

Mick O’Grady – 6 – strong first-half display on Murphy but less able to handle the big Glenswilly man as balls rained in after the break.

Cian O’Donoghue – 6 – Was doing well on Mark McHugh in the first-half. Presumably withdrawn with a knock at the break?

Eoin Doyle – N/A – sadly not on long enough. He will never suffer a more bizarre sending off.

Johnny Byrne – 7 – Best display of the year from the Allenwood man, drove forward to good effect in the second-half having registered a good first-half point.

Kevin Feely – 7 –  Won a couple of good marks and generally held his own in midfield battle. Scored the few frees that came his way.

Tommy Moolick – 8 – The Leixlip man was back to his best here. Up and down the pitch all day, caused Donegal a lot of problems when he moved into forward positions as evidenced by “assists” for two of the goals.

Fergal Conway – 7 – took his time getting going but a ferocious hit on Jamie Brennan signalled intent.

Niall Kelly – 7 – Showed well for the ball throughout and took his goal in typical fashion.

Paul Cribbin – 6 – Still not really imposing himself on games. In and out once more before running out of steam in the second-half.

Ben McCormack – 5 – Not his day at all. Was getting out in front in the first-half but struggled to collect the ball. Probably should have burst the net himself rather than passing to Flynn for the disallowed goal.

Daniel Flynn – 7 – such a dangerman. Took his goal well and angled an excellent point over in the second-half. Naïve though to get sucked into the square for that pivotal disallowed goal.

Keith Cribbin – 6 – first significant outing of the season for the Johnstownbridge man. Played in the half-back line and covered well without being spectacular.

Paddy Brophy 5 – struggling a bit to impose himself on games since his return from Australia. It will come but today was an “understated” performance.

Kevin Flynn 7 – remarkable introduction to competitive fare for the Celbridge man. Excellent line-breaking runs from the back and took his point superbly

David Slattery– 6 – in the right place at the right time for the goal.