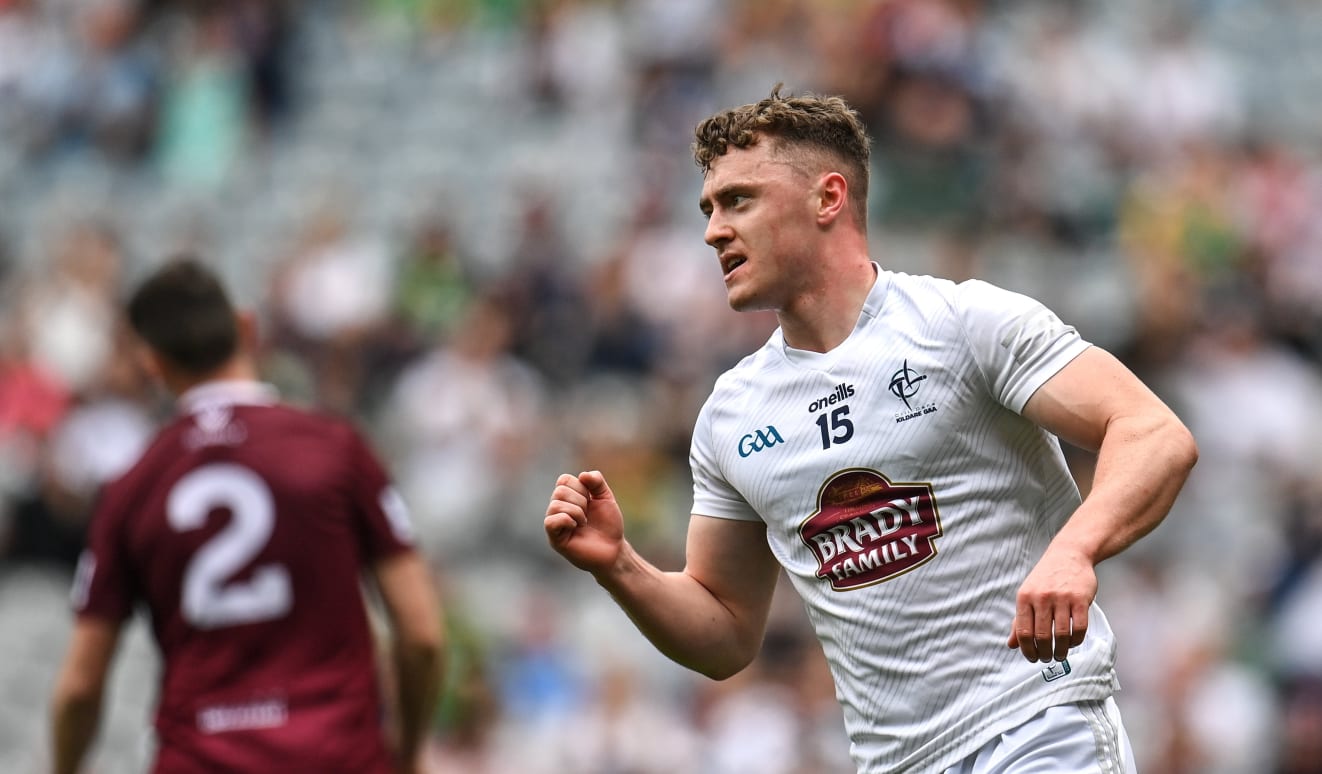 Those were the positives in a performance that raised many questions and failed to answer a few existing ones. A year ago, Kildare struggled to overcome a Division 2 Westmeath. By common consent, they should have lost. This year, Division 3 Westmeath came closer than was comfortable to upsetting us.

It was the strangest of games, not unexpectedly lacking in championship fervour with the old cavern so sparsely populated. Why oh why can the Leinster Council not see beyond the filthy lucre when fixing these games?

Kildare, shorn of the injured Ryan Houlihan, their best defender this year, handed a first competitive start to Mike Joyce and he must have wondered what he’d let himself for. The experienced defenders looked lost in the face of Westmeath runners, what hope was there for a rookie?

Those problems stemmed further out the field, though, after all defending is a fifteen-man game nowadays and Kildare clearly haven’t solved the problems that existed against Donegal, Armagh and Mayo.

The team obviously weren’t watching the under-20’s in Carrick the night before, either. Straight from the throw-in Westmeath sauntered through for a goal, timed at eight seconds, thirteen quicker than young Canavan’s.

Centre-back Ronan Wallace offloaded to Westmeath’s best player, Ronan O’Toole, who surely couldn’t believe the space he had as he buried the chance to the net. The mystery as the game went on was who was supposed to be marking him.

That set-back didn’t seem to knock Kildare off their attacking stride at least. Ben McCormack, who went on to give a masterclass pointed straight from the kick-out. But they just couldn’t get a handle on O’Toole at the other end. He popped over a point to add to his goal and then hit a post before points from McCormack and Daniel Flynn settled Kildare.

Darragh Kirwan might have goaled for Kildare after being put clear by Alex Beirne but pulled his shot wide. They didn’t have to wait long for the break-through though. Kevin Flynn won possession from the Westmeath kick-out and transferred to Daniel Flynn whose pass across goal was palmed home by Jimmy Hyland with the net gaping. That put Kildare two in front after eight minutes.

The Lilywhites played some delightful football in attack after that with six points from six attempts by six different players (Kirwan, Paul Cribbin, Hyland, McCormack, Tony Archbold and Beirne) in a ten-minute spell to go into a 1-9 to 1-3 lead. Kildare’s forwards had all registered points from play in the opening 19 minutes, three minutes quicker than against Louth.

The scoreline was somewhat misleading, though, as the Lake County continued to drive holes through the Lilywhite defence almost at will. John Heslin and Sam McCartan found the range but the men in maroon also shot four wides in that spell.

Kildare became wayward themselves though with Cribbin, Kevin Feely, Kirwan and Archbold shooting wides as Westmeath edged back to within four points through a Heslin free and a Nigel Harte point.

Good work back in defence by Cribbin and Kevin O’Callaghan set the platform for points for Kirwan and Hyland before Heslin hit back to make it 1-11 to 1-6 after 31 minutes.

It was almost very comfortable for Kildare. And then it very much wasn’t. Cribbin’s superb crossfield pass to Daniel Flynn was followed by a lovely offload to leave Beirne one-on-one with ‘keeper Jason Daly. But the shot had little conviction and was straight at Daly.

Immediately afterwards, Kildare’s defence was asleep at the wheel as wing-back Jamie Gonoud hared towards goal on the left. His pass slipped through the hands of Wallace, but his touch deceived the outrushing Donnellan and Gonoud was left to run onto the ball and fire to an empty net.

Kildare were stung by that second goal concession and Kevin Flynn and McCormack pushed their half-time lead out to four points (1-13 to 2-6).

Glenn Ryan’s side will feel they tightened up defensively in the second half, while Westmeath never seemed to have the conviction that they could bridge the gap. Kildare outscored them six points to three to stretch the lead to seven points (1-19 to 2-9) by the 48th minute with scores from Daniel Flynn (mark), Kirwan (two from play and a free), and two from Hyland (one free) with McCartan, Ray Connellan and Luke Loughlin responding.

A short kick-out to Shea Ryan almost spelled disaster but Kevin Flynn was back to get a toe-poke to the ball in front of goal. Connellan and McCormack (from a 40-metre mark) then exchanged points.

O’Toole narrowed the gap to six on 52 minutes but neither scored for the next thirteen minutes as the game appeared set to peter out. But with five minutes left McCartan shot just over the crossbar and O’Toole followed that with a point to narrow the gap to four.

A blistering Daniel Flynn run threatened one of his wonder goals, but he was fouled just outside the box allowing substitute Neil Flynn to point the free. That seemed like an assurance point but in injury time Heslin scored a fine point from the Hogan Stand side into the Canal End and when McCartan pointed another from a similar position, Kildare were suddenly only a goal away from being forced into extra-time.

They could have done without the scare of Ryan fumbling another short Donnellan kick-out, with two Westmeath men bearing down on him and no colleagues within sight. Thankfully referee Seán Hurson called a foul and Kildare could breathe again.

It goes without saying, even ignoring Dublin’s demolition of Meath in the second match, that a similar performance won’t come close to dethroning the Dubs in two weeks’ time. 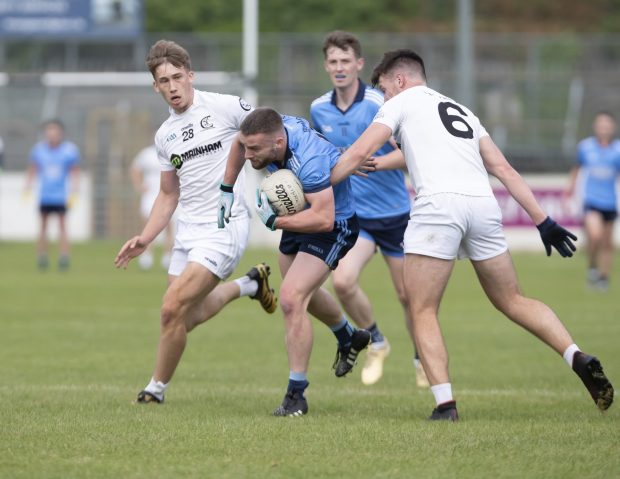 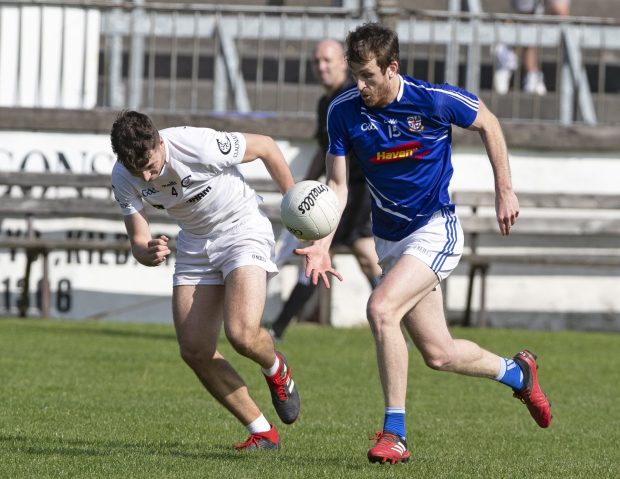 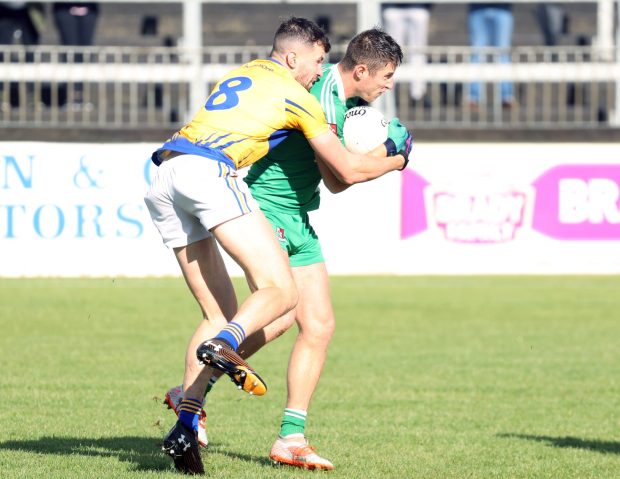 Completion in sight for the Treaty’s final frontier