The Day the Worm Turned 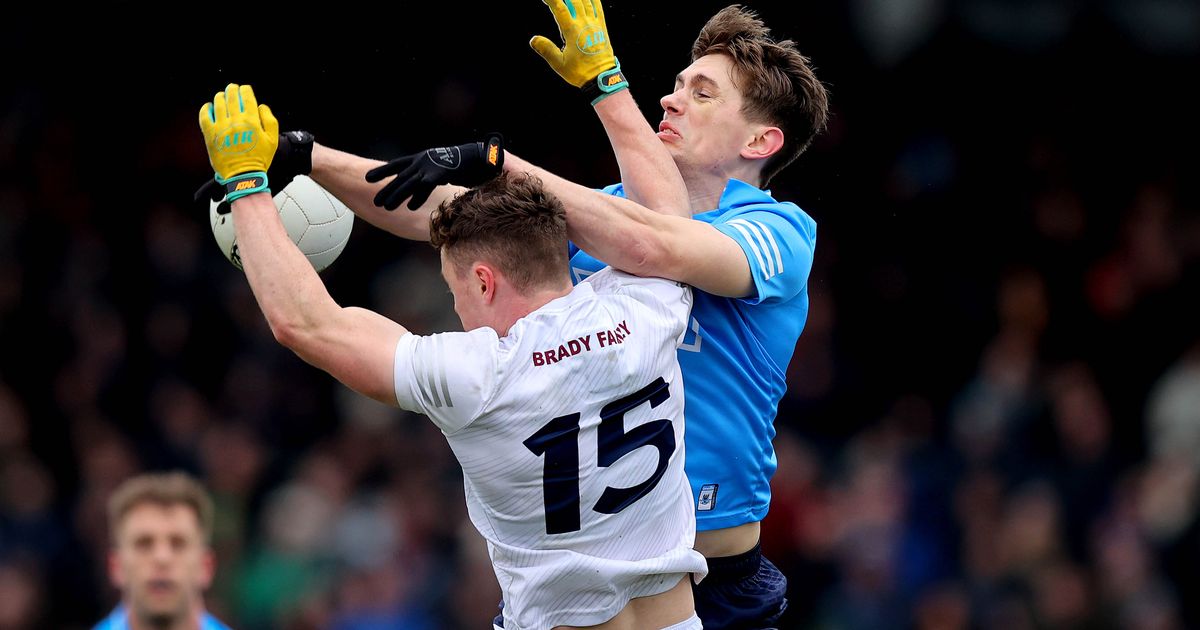 The worm turned. The performance may not have been perfect – arguably Kildare were better in Omagh the week before – and at times it looked as if they would spurn a glorious opportunity to give Dublin’s astonishing spiral a further nudge. But they got over the line and deservedly so.

Kildare hadn’t tasted success against their Metropolitan opponents since the Leinster Final replay of 2022, having suffered eleven successive league and championship defeats in the intervening period and not since 2011 had they entered a clash with their neighbours with any realistic hope of victory.

But Dublin’s travails – four successive defeats – since beating the Lilywhites in July’s Leinster Final gave St Conleth’s Park a Colliseum-like feel and the noises countrywide, perhaps unfairly, decreed that a Kildare team that hadn’t won a Division 1 game since 2014 should really be beating Dublin on this occasion if they had anything about them.

Win they did, although it wasn’t pretty and both sides made a slew of unforced errors, the expectation weighing on Kildare and Dublin burdened by mortality.

Kildare triumphed largely thanks to a gutsy defensive performance that augurs well for the future, epitomised by goal line clearances by Shea Ryan and Ryan Houlihan’s that summed up both players’ improvement under Glenn Ryan.

Further out the field, Kevin Flynn’s non-stop engine drove Kildare forward from first minute to last, Paul Cribbin gave every ounce he had and Daniel Flynn will feature prominently in Davy Byrne’s nightmares for months to come.

Jimmy Hyland was another to stand up and be counted, despite finding himself the recipient of some atrocious ball totally unsuited to his stature. His two marks and opportunistic goal were just reward for the work the diminutive Ballyteague man puts in on the training field.

It had all seemed so familiar early on. Dublin, smarting from reading their obituaries this week, launched themselves at Kildare, and the home side looked wide-open at times at the back. It didn’t augur well, with the Lilies under pressure to avail of a strong wind blowing into the Town End.

Aaron O’Neill had already saved from Brian Fenton when Tom Lahiff fisted Dublin into a first minute lead but at the other end Daniel Flynn swept over a delicious retort from all of 45 metres, albeit wind assisted.

While Dublin floated too easily through the Kildare defence, the home side’s attacking appeared sign-posted and a Sky Blues defence augmented by Jonny Cooper looked solid.

Ciaran Kilkenny was given too much room to score Dublin’s second point, but they made no capital out of O’Neill’s ill-advised sortie to midfield that saw him lose the ball, failing to punish him with a shot at his posts.

Ben McCormack, a lively runner from deep in the first half, knocked over his first point of the league campaign to level at two points apiece before ten scoreless minutes during which a slick Dublin move involving Sean Bugler and Kilkenny created a gilt-edged goal chance for Dean Rock. Miraculously, Ryan got back to claw his effort out for a ’45 with O’Neill beaten.

Bugler was given room to score Dublin’s third point on 18 minutes before Hyland replied with a 20-metre free after a high tackle from Sean McMahon that surely warranted a yellow card.

Kildare needed to put a spurt on if they were to make the wind advantage count and they did so between the 24th minute and half-time, rousing the crowd with a surge that yielded five points to Dublin’s one.

Mick O’Grady’s inch-perfect pass provided Hyland with a mark opportunity, gratefully accepted. Bugler’s fisted point equalised at four apiece but Daniel Flynn worked enough space for a fine point on the stand side and a soaring catch by Aaron Masterson from Evan Comerford’s kick-out started a move that ended with Kevin Flynn pointing.

When Comerford’s kick-out ambled out over the sideline, Dublin were reeling a little and Kildare finished the first-half scoring when Daniel won possession from a Daragh Ryan ball he had no right to win, and Hyland accepted the offload to spin and kick a fine score. Half Time: Kildare 0-8 Dublin 0-4.

Would it be enough having played with the strong wind? It looked that way when Hyland opened the scoring from his second mark immediately after the restart and despite Bugler’s tap over from close range, Kevin Flynn won a free which Paddy Woodgate converted to leave Kildare five clear.

Remarkably Kildare hadn’t conceded a scoreable free in the first half but Ryan did so six minutes into the second period and Dean Rock made no mistake from close range.

Rock made it a three-point game from another free and the pressure was growing on the Lilywhites, particularly on inexperienced O’Neill in goal, who struggled for a while to find a colleague with a series of short kick-outs and gave the traditionalists in the crowd a few palpitations with more excursions from base.

Kildare lifted the siege on 47 minutes, though, and the game’s crucial score ensued, Daniel winning possession in the left corner, spotting and finding Jack Sargent with a deft handpass. Sargent went for goal but Mick Fitzsimons pushed it onto the crossbar only for the alert Hyland to palm home the rebound.

Kildare had breathing space and they would need it, failing to score in the next sixteen minutes. Dublin only inched closer though, scoring points from Kilkenny and a Rock free during that time, although O’Neill was saved by Houlihan’s goal line clearance having been caught in no man’s land from a sideline ball.

In a game of heroic moments, a Houlihan block wasn’t enough to prevent Bugler’s fourth point as we edged into injury time. Nerves frayed now as five minutes were announced but when sub Brian McLoughlin was fouled in the act of shooting, the confident O’Neill was brought forward to kick a monstrous point that Cluxton would have been proud of.

Lee Gannon’s reply was too little too little and when Fenton went into the square in search of the goal they needed, Mick O’Grady towered over him to make an emphatic punched clearance. The long whistle sounded. It may have been about two vital league points but it felt like a lot more than that.