Tribute to Peter Kelly on his Inter-County Retirement 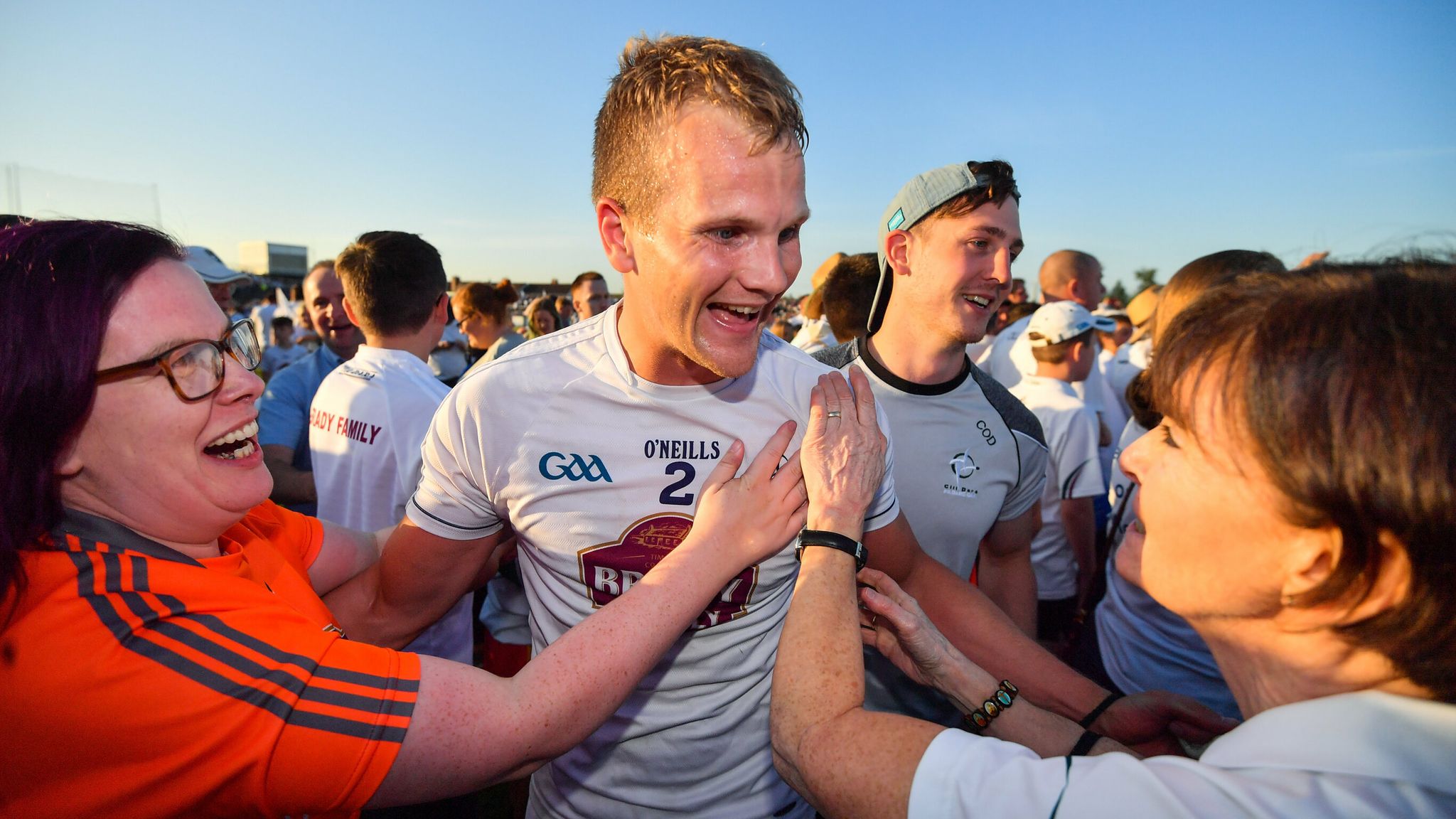 This article by Richard Commins first appeared in the Kildare Nationalist

Has any other GAA player gone from playing with the county juniors in June to winning an All Star award within the space of four months? I’d be very surprised.

Peter Kelly, the Two Mile House and Kildare stalwart, who announced his retirement from inter-county football last week, had the most remarkable of debut seasons in 2010, going from obscurity to joining Johnny Doyle on stage at the All Star banquet.

Has any other GAA player gone from playing with the county juniors in June to winning an All Star award within the space of four months? I’d be very surprised.

Peter Kelly, the Two Mile House and Kildare stalwart, who announced his retirement from inter-county football last week, had the most remarkable of debut seasons in 2010, going from obscurity to joining Johnny Doyle on stage at the All Star banquet.

His underage Kildare career had been inauspicious. Neither was his club in the habit of producing county players. Niall Browne had a couple of games in the noughties but that was about it in modern times.

It was a fallow period at underage for Kildare and Kelly’s appearances at minor (2007) and under-21 (2009 and 2010) had been losing ones. In 2009 he was called up to the Juniors but there was only a substitute appearance against Dublin in Swords to show for it. Another defeat.

Kildare senior manager Kieran McGeeney was using the Junior panel as a reserve team in those days, though, and Peter got the call up again in 2010. He made his senior debut as a sub against Meath in Navan in April. A losing one, once more. For the juniors he started on a winning team at last against Dublin but Louth put paid to that campaign on the Wednesday after the disastrous senior outing against the same county.

Kelly may have been resigned to a summer with the club, but Geezer had other ideas. He saw something in the tenacious corner back and with the seniors’ last line of defence in need of drastic surgery, having conceded 1-22 in Navan, Kelly was catapulted into the starting line-up along with Andriú MacLochlainn for the Qualifier against Antrim on the day Dermot Earley buried his father.

The pair, alongside Hugh McGrillen at full back, tightened Kildare’s defence immeasurably. His direct opponent Kieran Brady was withdrawn after 45 minutes. He held his place for the replay and all the way to the All Ireland semi-final against Down.

Kelly’s performances matured week on week in that remarkable run through the qualifiers, peaking with a display against Monaghan in Croke Park in Round Four where many regarded him as man-of-the-match.

He swapped the number 2 shirt for number 6 against Meath in the All Ireland Quarter Final and was a revelation once more until injury forced him out. Another solid performance against Down cemented his All Star place.

A cruciate knee ligament injury sadly put paid to 2011 for him but he was a first-choice starter again under McGeeney in 2012, winning a Division Two league title and reaching the All Ireland Quarter Finals.

There is no doubt that Kelly struggled to recapture his 2010 form after his cruciate operation. He damaged the knee again in 2013 and could not play a full part in his club’s Kildare JFC win, or in their remarkable All Ireland success the following spring. He did play in the County Final against Straffan and was a late replacement in the All Ireland Final. But he was always a driving force within the club and an inspiration to younger lads such as Mark Sherry and Chris Healy who followed him onto the county panel.

After being in-and-out of Jason Ryan’s sides, he enjoyed something of an Indian summer in 2018 under Cian O’Neill when he added an attacking bent to his defensive qualities. Having not scored a championship point previously he weighed in with three in the summer of “Newbridge of Nowhere”.

Kelly enjoyed more success that year at club level also with “House” joining the senior ranks for the first time, beating Monasterevan to win the Intermediate championship and adding another Leinster title.

He remained a key part of the Kildare panel and was a regular under Jack O’Connor in this year’s league programme until coronavirus brought that campaign, and ultimately Kelly’s county career to an abrupt end.

He played 110 times in all for his county, 92 times in league and championship, weighing in with ten points.

Johnny Doyle summed up one of Kildare’s finest defenders, praising Kelly for his “professionalism, commitment and will-to-win.” Enjoy the retirement Peter and thanks for the memories.